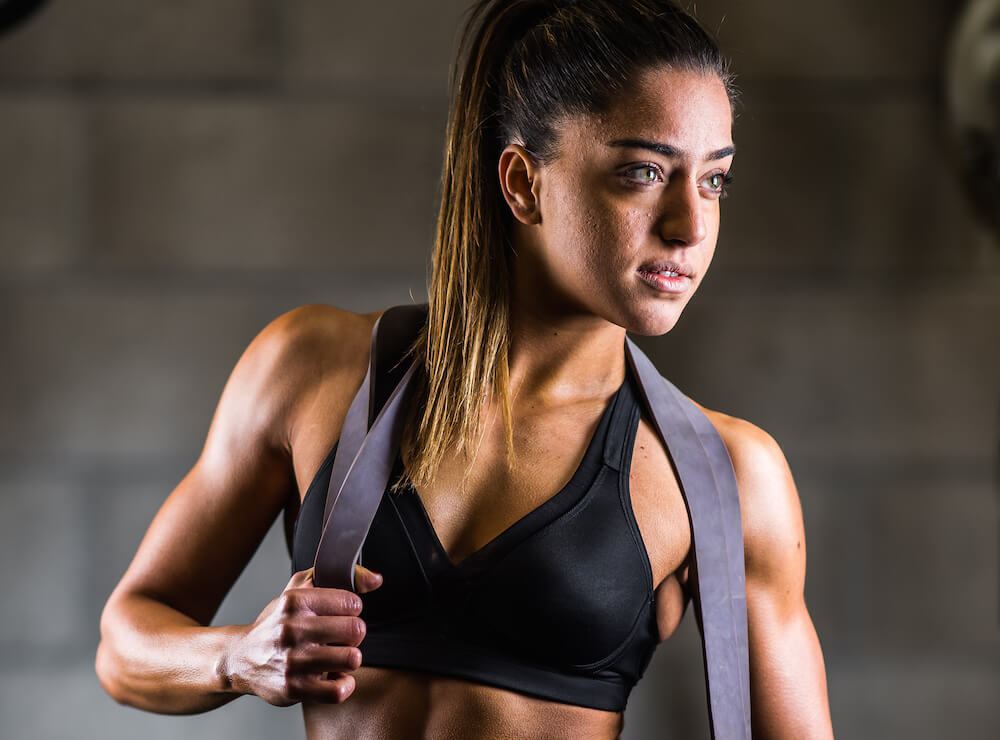 Fear of the weight room is a genuine issue. If you’ve never stepped foot in there (or even if you have) it can be a pretty terrifying place.

I remember back at my university days… I was that kid who looked like he was made of matchsticks – “skinny”, but the creepy kind of skinny, like Michael Jackson… or Jack Skellington from “The Nightmare Before Christmas”

So I decided to get my ass into the gym. I studied at the University of Bath and the University gym was a proper “high performance centre” full of genuine athletes – hulking 6 foot 4 monsters doing everything PERFECTLY.

To tell the truth, I was shit scared when I first stepped foot in there… TERRIFIED of looking like an idiot. But eventually… I did manage to overcome my own fears and I’m going to show you how to overcome yours too, so you can stop letting them get in the way of your results and finally start losing weight and toning up!

“Why Am I Scared? What’s Wrong With Me?”

The first thing to realise is that this fear or anxiety is totally NORMAL. It’s just part of the experience that is being human and we all experience it at some point.

a response to an immediate, physical danger – such as a maniac chasing you down with a chainsaw.

a response to a thought, when you BELIEVE that something dangerous might happen but there is no physical danger there – such as having to speak in front of an audience.

You’ve probably experienced fear of public speaking… That one is SUPER common and most people will notice the same physical response when speaking in front of an audience:

It’s our body’s way of getting ready for the coming “danger”… and to be honest, it REALLY doesn’t help for public speaking and social situations.

But… it’s totally normal and it’s just your body sounding the alarm “just in case” (like a fire drill).

DO NOT Live A Life Of Regret

Being nervous and afraid is NOT a nice place to be (I hate it just as much as the next person!) But imagine if you started avoiding EVERY situation where you felt a little bit scared:

Yes… you avoid the temporary feelings of fear and discomfort and feel relieved in the short term. But you miss out on things that you WANT to do or that are important to you… In this case, losing weight, toning up and finally feeling happy with your body.

So, if we look at the gym… letting yourself become paralysed by fear might mean you see zero changes in your body and NEVER get the results you WANT! That’s a sure path to a life of REGRET – which I’m sure you can agree is pretty shit.

What’s So Scary About The Weight Room?

The main reason the free weights area is a scary place is that fear we all have of being JUDGED. Anyone who says they aren’t afraid of what other people think is a straight up LIAR. We all have that fear of being the “dickhead” that other people stand there laughing at.

But the things is…

This fear is based on a THOUGHT…
Rather than a FACT.

In reality… NOBODY is actually going to stand there laughing at you or whip you with a towel because your gym “technique” is slightly less than perfect.

So… How can you go from being terrified of the free weights area to strutting in there like King Kong and “getting your shit done” so you can finally start seeing some results?

Well, I’m about to tell you the secret (the one nobody in the gym wants you to know)

Make SURE you write this one down:

99.9% of people in the gym have NO FUCKING IDEA what they are doing

I’m serious! Of course, they all pretend they do (which is why everyone in there acts like a “tough guy”). But don’t let that fool you anymore!

What to do now

So.. now you know the truth, let’s get onto how to actually overcome these fears. This is the important part which will actually help you to lose weight and tone up (rather than just READING about it!)

If yes, here’s your “homework”:

Exercise 1:
Breathing Exercise For Beating Fear Of The Gym (And Calming Down)

Exercise 2:
Stop Being Scared Of The Gym With This “Mind Tricks”