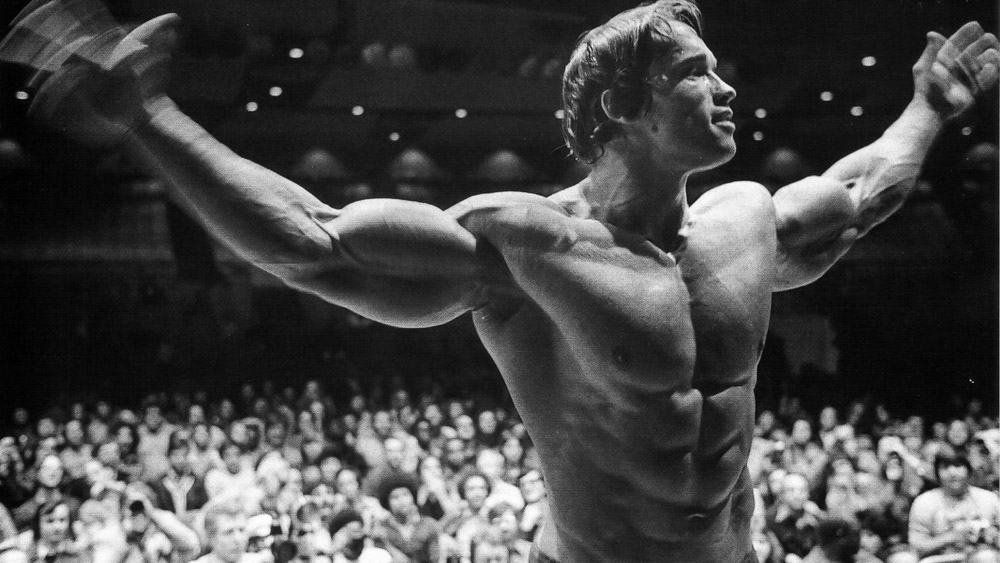 Arnold Schwarzenegger: bodybuilding legend, Hollywood movie star and Governor of California. Most people would have stopped after just one of these achievements, but Arnold managed to fit all three into an incredibly successful career.

In the autobiography Total Recall, Arnold outlines his 10 principles which he lives by that have helped him on his path to such momentous achievements. Here’s a quick summary of his key points, although we recommend in investing in the full book as it’s a great read.

1. Never let pride get in your way

Arnold met with Muhammed Ali on a number of talk shows and once Ali challenged Arnold to shove him up against the wall if he could. Arnold thought that it was a setup, but went ahead and was able to push him against the wall despite Ali’s efforts to stop him. Ali’s response wasn’t negative and he didn’t make excuses. Instead he said “Wow, this weight-lifting stuff really works. Cool. That’s really cool.” Ali didn’t care about losing the macho pushing match, he just wanted to see if resistance training really worked and if it could help him. 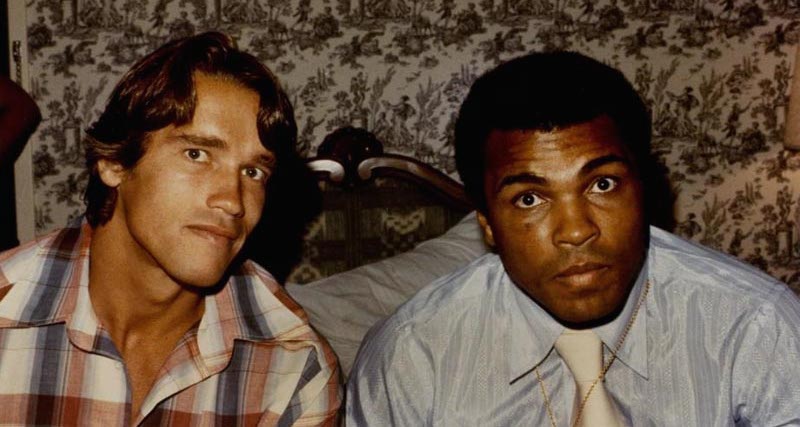 If you are constantly thinking and stressing about things, it will eventually wear you down and cripple you. It can prevent you from making important decisions when the time comes.

Instead by letting the mind relax and thinking instinctively, when the time comes to make a critical decision you can do so with all of your energy. Knowledge is very important here, as if you have a good knowledge of an area you can safely make decisions quickly. A lack of knowledge will prevent you from making these quick decisions and can mean you miss an opportunity as a result. 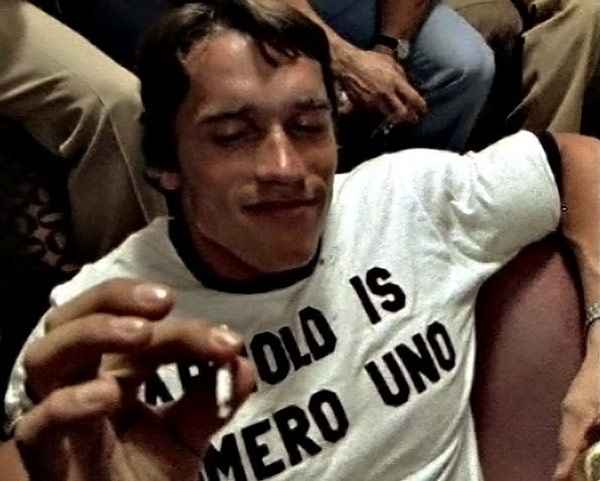 Sometimes you have to take risks and operate without a safety net. Most people worry themselves sick about failing, and continually make fallback plans as a result.

Instead of making fallback plans, think about what is the worst that can happen if you do fail? Usually it is extremely minor, perhaps some humiliation for a day or so, but people forget and move on very quickly.

Arnold sets a standard for what real misery is. He visited the diamond mines in South Africa in the 1960s. The miners had to work in the dark 1,400 feet underground in 45 degree (110 F) heat, and were only paid a dollar a day. To top it off they were only allowed to go home to their families once a year! Think of this next time you think you have it bad. 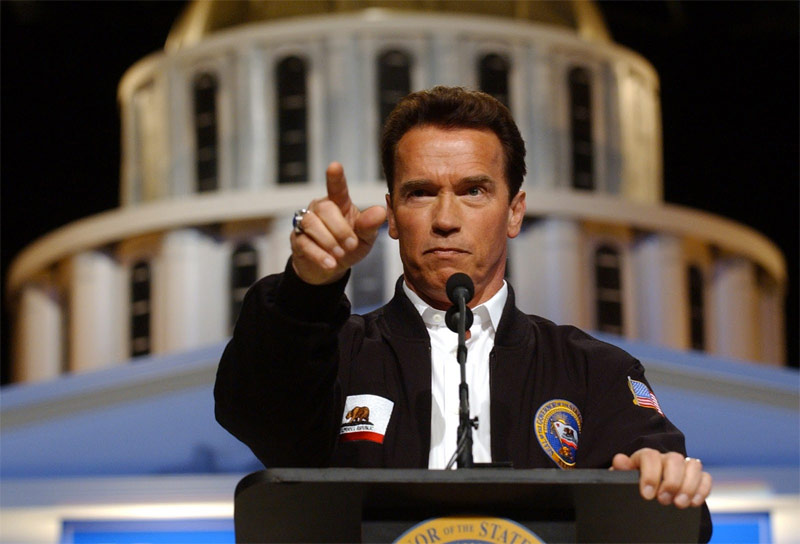 4. You can use outrageous humour to settle a score

In 2009 at a large fund raising conference, Arnold, as Governor of California, dropped in and gave the host a big hug and smooch in front of everybody. This caused a huge stir, with half of the audience freaking out and half laughing. Then an assemblyman, Tom Ammiano stood up and yelled “Kiss my gay ass!”

A few weeks later Arnold received a bill in his inbox that Ammiano wanted to pass. Arnold instructed his team put together a nice veto message with a hidden message. The first letter of each line read downwards spelled out F**k You! Nobody noticed until a suggestion was leaked to the press, but when the press asked if it was intentional Arnold’s team said they had no idea.

A reporter claimed they gave the message to a mathematician who found the odds of the message being accidental were more than two billion to one. Arnold’s answer to that was, “Go back to the same expert and ask what the odds are for an Austrian farm boy to come to America and become the greatest bodybuilding champion of all time, to get in the movie business, marry a Kennedy, and then get elected governor of the biggest state of the United States.” 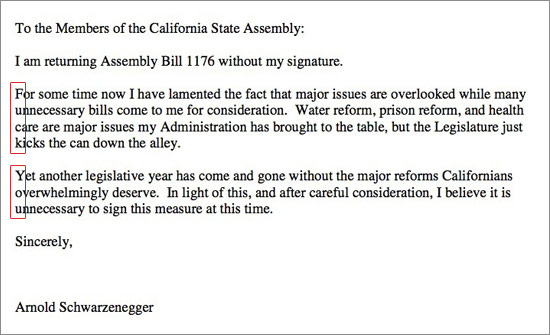 5. The day has twenty-four hours

When Arnold was giving a talk at a Californian University, a student complained saying, “since the budget crisis hit us, my tuition has gone up twice. Now it’s too high. I need more financial aid.” The student then followed on by saying “now I have to work part-time” and it was a problem as he had to study.

Arnold’s response was that there are twenty four hours, which you only spend 6 a day studying and commuting to and from your place of work. That leaves 17 hours free. Arnold even asked if the student had thought of taking more classes or working more!

The point here is that there is plenty of time to do everything you want to do, but only if you plan it out effectively and don’t waste it. If you sleep for 6 hours, and spend 6-8 hours working a day, then you still have 10-12 hours spare for dating, dancing, drinking and going out. 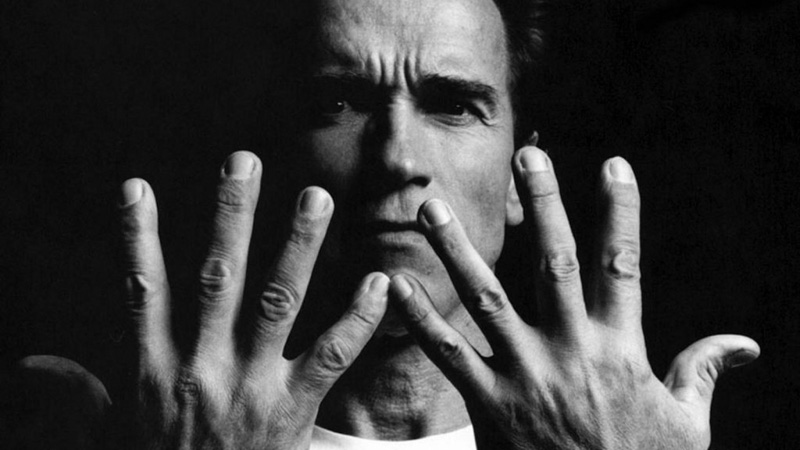 Arnold puts much of his success down to practice, or as he puts it, reps or mileage.

When he was training in Graz, Austria, in his teenage years he used to write out his workouts on the gym wall, putting marks for every set he was to perform. When he completed the set he would cross out the mark until all the sets were done.

This had a big impact on his motivation, giving the visual feedback he needed to mark an accomplishment. He transferred this to other areas of his life, writing out his goals so that they were set in stone and they could be ticked off when they were accomplished. 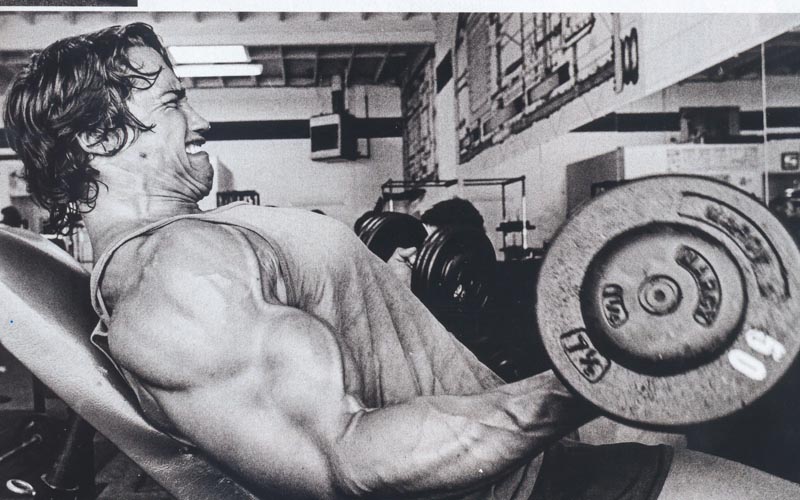 Arnold had a tough upbringing. His father had endured WWII and as a result was extremely strict, and regularly served out beatings as punishment. However, Arnold does not blame his father for this brutal upbringing as he believes it was the fault of the war, and even puts his success down to it. If his father was warmer would he have even left Austria?

Whatever your upbringing, your parents have probably done their best for you, but if they’ve left you with problems they’re now yours to solve. Instead of letting the problems get you down, turn the problems into motivation. Use them as fuel for success and rather than wasting time complaining, as complaining will not help the situation. 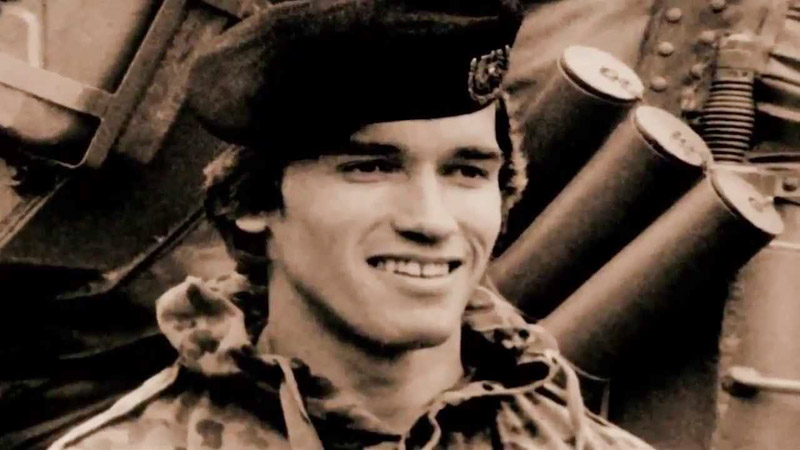 Mikhail Gorbachev, an ex-Russian leader, dismantled the USSR political system. Arnold admires Gorbachev’s courage to dismantle the flawed political system which he grew up under, despite being indoctrinated that communism was the solution to everything in his childhood. Gorbachev was working to perfect his country’s political system, and had to be open minded as he quickly realised the way they were going was unsustainable. He had to introduce revolutionary change and buck the trend of all the former leaders for the good of his country, despite fierce opposition. Arnold put Gorbachev’s success on the same level as Mandela’s, finishing by saying, “When given the power to shake the world, both of them chose to build rather than destroy.” 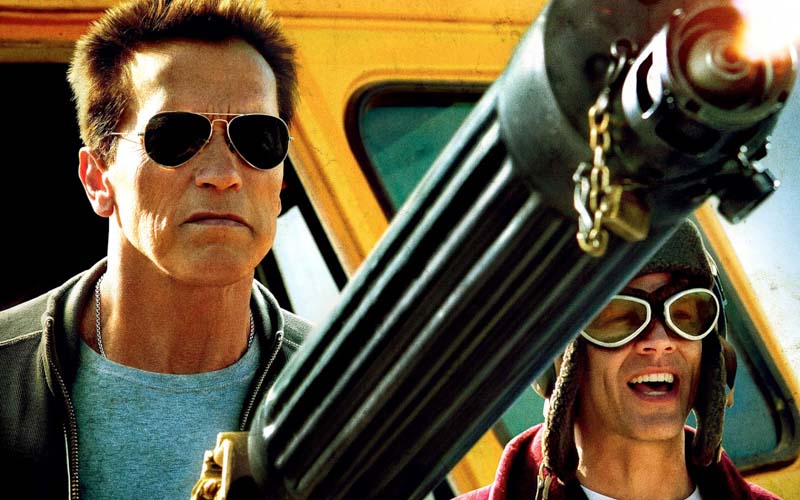 9. Take care of your body and your mind

The key point here is that in order to be successful and content you need to stimulate both your mind and body. If you are fit and strong, you should still expand your knowledge. Conversely, if you are naturally intelligent you cannot neglect your body.

Arnold though back to when he met world leaders and celebrities: Clint Eastwood, Dmitry Medvedev and the Pope. They all had one thing in common – they all worked out every day. It seems that there is a correlation between great achievement and stimulation of both the mind and body, so try to do both if you want to be successful. 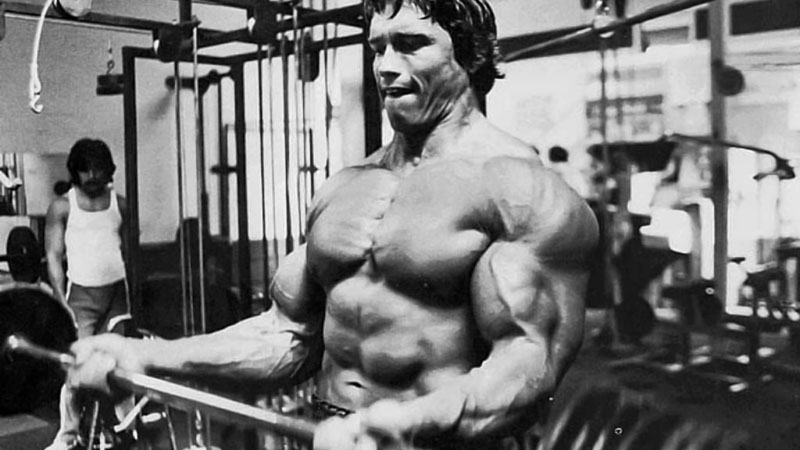 This is not in the literal sense of the term. What he means is that you must be hungry for success, hungry to make your mark and hungry to be seen, heard and to make a difference. In addition to this, as you become more successful you should also be hungry for helping others.

One of the key reasons Arnold has been so successful in so many different walks of life is because he has always stayed hungry. Once one goal has been achieved he sets new goals so he can keep moving forward. So many accomplished people just coast along riding the wave of success but do not strive to progress further. He finishes with a good point:

“You have plenty of time to rest when you’re in the grave. Live a risky life and a spicy life and like Eleanor Roosevelt said, every day do something that scares you.”